CentraleSupélec was officially established on January 1st, 2015, bringing together two leading engineering schools in France; Ecole Centrale Paris and Supélec. The co-operation between our two grandes écoles, as they are known in the French system, had progressively been gaining momentum since 2009, with sustained alliance in three core areas: engineering education, executive education and research. Today we boast multiple campuses across the country; in the Paris region, Metz and Rennes. We have 4200 students and 370 faculty members and researchers, all of whom interact with our global network: three international campuses (China, India and Morocco) and five associated laboratories (Brazil, Canada, The United States and China). We also have successful partnerships with 176 international universities and 140 corporate institutions. Our academic and research excellence is nestled in our firm and fruitful cooperations with large national institutions such as the CNRS, CEA, INRIA, ISERM and ONERA. CentraleSupélec is a world-class institution with four core activities: • The prestigious Ingénieurs Généralistes program (currently under the Centrale and Supélec tracks respectively). • Research in the engineering and systems sciences. • The Doctoral Program, with its vibrant network of eight doctoral schools as well as a Masters program. • The Executive Education program which includes Specialised Masters (in 23 subject areas) and Executive Certificates. In 2018 we launched the new CentraleSupélec Engineering Curriculum. It is designed to emphasise student agency within a skill-building academic program; a program aimed at crafting expertise, fostering autonomy and nurturing career development from the very start. At the heart of this program is the combination of the fundamental and the applied sciences, approached from a complex perspective within a multidisciplinary framework. These disciplines include mathematics, physics, computer science and technology, energy, mechanics and industrial engineering.

Information of the member 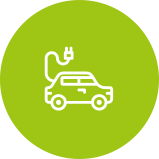